21 Things We Bet You Didn’t Know About Las Vegas 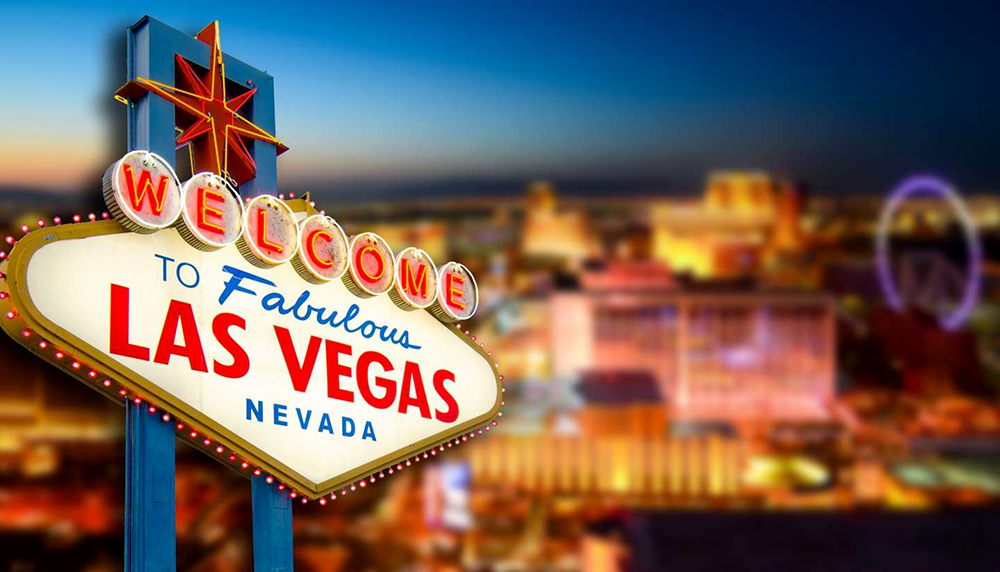 Oh, sure – people come to Las Vegas from all over the world. Many times, it’s a once-in-a-lifetime trip. And with all the things to do and experience in Las Vegas, there’s still plenty of history and tidbits that even locals never learn about. Unless someone decides to dig up a few and share them. Like we are right now!

We thought when we hit “21” – that was the place to stand. So tell us – how many of the following Las Vegas Trivia Facts are news to YOU?

1. In Nevada it is mandatory that video slot machines pay a minimum of 75 percent on average.
2. Vegas Vic, the enormous neon cowboy that towers over Fremont Street, is the world’s largest mechanical neon sign.
3. Howard Hughes stayed at the Desert Inn for so long that he was asked to leave. He bought the hotel.
4. Camels were used as pack animals in Nevada as late as 1870.
5. More than 41 million people visit Las Vegas each year.
6. Seventeen of the 20 biggest hotels in the U.S. are in Las Vegas.
7. The average age of a Vegas tourist is 47.7.
8. McCarran International Airport is the seventh busiest airport in the United States and North America.
9. California’s known as the Golden State, but most U.S. gold comes from Nevada. Not only is Nevada the largest gold producing state in the nation, it is second in the world behind South Africa.
10. The iconic “Welcome to Fabulous Las Vegas” sign was created by 35-year-old graphic designer Betty Willis in 1959. She never trademarked the design, calling it her “gift to the city.” Willis continued working in neon signage until she was 77.
11. With fewer than 10 inches of rain per year, Nevada’s the driest state in the U.S.
12. Nevada’s the only U.S. state to legalize prostitution, but only in the form of regulated brothels in counties with populations under 400,000. So all that prostitution that occurs in bigger cities like Reno and Las Vegas is illegal… (But probably thriving).
13. Reno is farther west than Los Angeles.
14. Nevada’s location and mineral wealth made it an attractive potential Union state during the Civil War, and so it was. That’s why Nevada’s also known as the “Battle Born State.”
15. More than 300 weddings take place in a day in Las Vegas every year – making Las Vegas the top wedding destination in the U.S.
16. Casinos in Las Vegas never use dice having rounded corners – only dice with steep edges.
17. The Las Vegas Strip is the brightest place on Earth seen from space. The ‘City of Lights’ has over 15 miles of neon tubes and over 9,900,000 light bulbs on the strip alone.
18. The Statue of Liberty depicted on the US postage stamp is not the one you see entering the harbor in New York – but instead is the Las Vegas replica.
19. The Main Street Station Casino’s men’s bathroom is home to a section of the Berlin Wall.
20. Las Vegas has more hotel rooms than any other place on earth – and it would take 288 years to stay in all of them. (There are more than 150,000 rooms within 5 miles of McCarran Airport.
21. The Stratosphere is the tallest, freestanding, observation tower in the US and the tallest structure west of the Mississippi.

Now you can go out and win a few bar bets! Enjoy!

New Home Resource helps current and future homeowners with all of their Las Vegas real estate needs. Whether your preference is for property management, a newly built home from a local builder, or a resale property in just the right location, a New Home Resource Realtor® is here to provide the service you’re looking for. Please contact a New Home Resource Realtor® today at 702-365-1000 or visit www.newhomeresource.com. Broker Joanna Piette, and agents Denise Thrasher, Jessica O’Brien, Evelyn ‘Beng’ Kern, and Kathy Paterniti are all here to help!